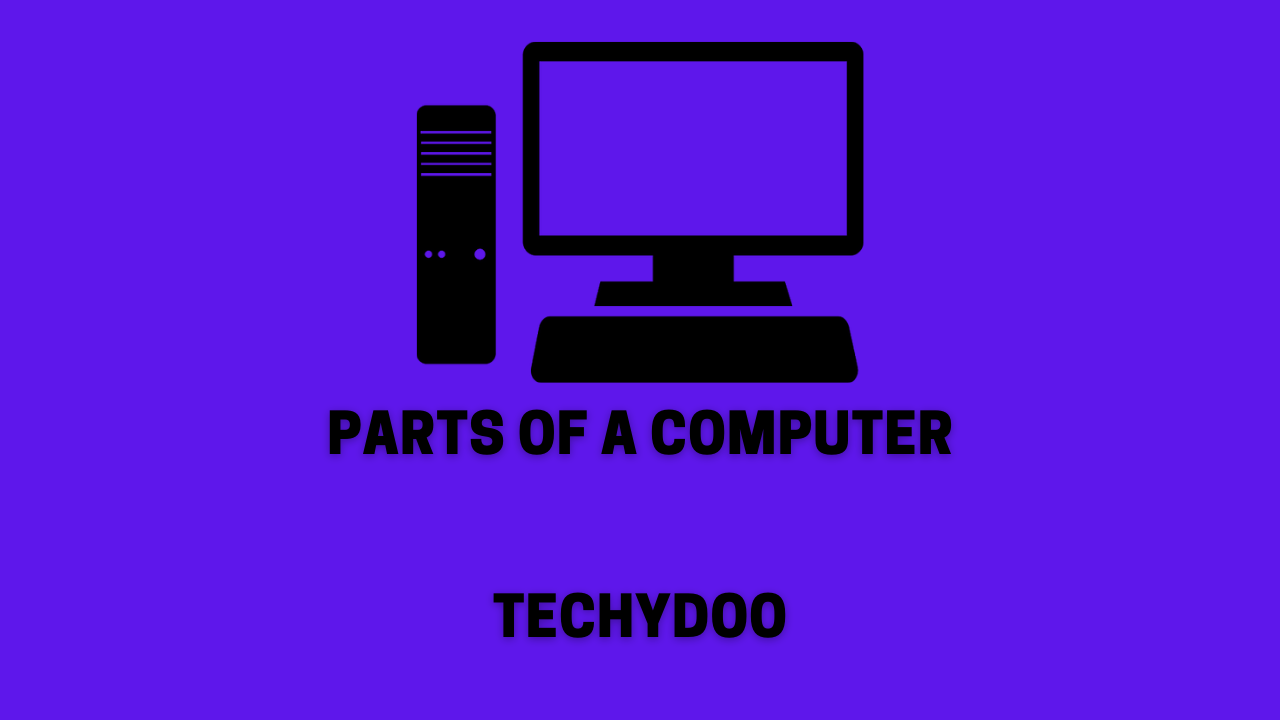 What are the parts of a computer? Eventually, I know many of us have this question in mind as to what parts make a computer. So, by the end of this article, you will understand what are its main parts.

However, Let’s cut this part by part and start with the basic definition of what is a computer?

What Is A Computer?

A computer is a device that takes a set of instructions and provides output.

It is basically an IoT device that connects us over the internet. Of course, what we think about computers in today’s world is not the same as before. As we know it requires making a connection in the world of the internet. However, it can go way beyond all this and can do wonders which we can’t even judge for now.

So, let’s leave this debatable discussion for now and move towards the parts of a computer.

Parts Of A Computer

There can be modifications to the parts in order to meet the requirements individually. Eventually, there are some parts that do not change even in case of any modification. So, today we will be discussing 5 major parts of a computer.

Connection: In the case of connection, every part connects to the motherboard. These parts make a setup that looks like a cabinet.

Design: It’s obvious that not all computers will look the same. It depends on what design the owner wants and what they require. There can be additions to the design part in case of anything extra but these 5 are a must.

Use: The main use is to make sure that all the devices connect to each other.

(The utilization of all these through the internet is termed as IoT. Understand What is IoT.)

In addition, the picture below depicts all the parts of a motherboard and we can understand the connections.

In conclusion, we can see how every device connects to the motherboard.

Definition: A CPU is a central processor that holds and executes all the instructions that create a program. Additionally, it comprises the control unit, the ALU, and the access store.

Use: Whenever we input some information, it breaks into the assembly language form. This is the language that a computer understands. So, it takes, decodes, and runs these instructions.

In conclusion, we can say that these are the basic CPU processors which we use daily.

Definition: A GPU is a chip that is mostly famous for gaming purposes and provides HD quality visuals. This is a major requirement if you want to play games that require HD quality.

In addition, many video games come with an HD card preinstalled which makes it handy for gamers.

Use: If you have a high-end GPU, you also require a high quality LED monitor to display visuals. In case you don’t have a good quality monitor it would be difficult to fetch the correct HD visuals.

Definition: RAM, is known as a volatile memory that we use to store data of most programs. Here, the volatile memory is temporary as it gets removed whenever the system restarts.

Use: We use it so as to make the process of starting and ending a program fast. The more the amount of RAM in a system the more is the speed.

Definition: HDDs are Hard Disk Drives that we use to store our data. These have a mechanical arm that reads the data.

SSDs are Solid State Drives that we also use to store data but they are more fast than HDDs.

Use: As both of them are to store data, the main catch here is what’s the difference between them. The major difference is the speed as SSDs are faster than HDDs. This is because SSDs do not use mechanical arm in order to fetch the data.

There can be many more new innovations which will come up in the future but some things are fixed. So, let’s work with the changes and grow us more tech sound.

References for this article: